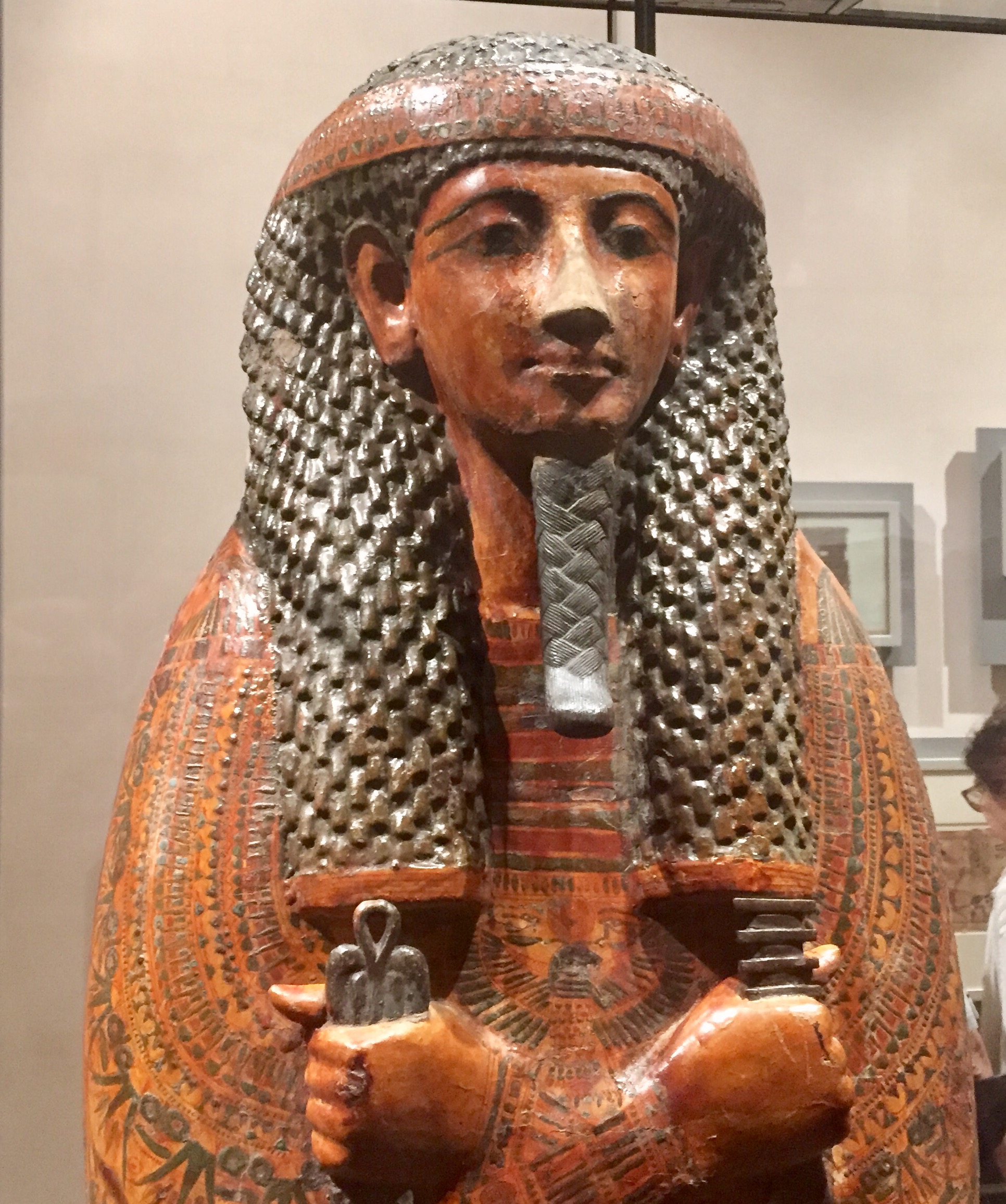 What do we know about the life of Butehamun? He was born during the reign of the last king of the 20th Dynasty, Ramses XI, sometime before 1080 BC. He was the son of the well-known scribe of Deir el-Medina Dhutmose, a member of a family of scribes going back to at least the early 20th Dynasty.

Their ancestor Amennakt, son of the chief workman Ipuy, was promoted from draftsman to scribe in year 16 of Ramses III, and was the author of the “Turin Strike Papyrus”, which detailed the first recorded labor conflict in history, in the 25th year of Ramses III. The office of scribe continued in the family down to Butehamun and to several of his sons. Detail of the “Turin Strike Papyrus”, written by Butehamun’s ancestor Amennakt, at the Egyptian Museum in Turin, Photo: George Wood

As part of a long line of Necropolis scribes, Dhutmose and Butehamun’s family had undoubtedly lived in Deir el-Medina for many generations. Černý writes that the house of Dhutmose in the village is mentioned in a register compiled during the reign of Ramses IX. Letter from Dhutmose to Butehamun commenting on their house in Deir el-Medina, LRL 9, ©Trustees of the British Museum.

In a letter (LRL 9) Dhutmose writes to Butehamun about what had apparently been the family’s house in the village:

Now you have wished to speak saying, “I am aware of the matter of the documents which are deposited (in) the ‘house of the stairway’”. Now, as for the documents onto which the sky rained in the house of the scribe Horsheri, my (grandfather), you have brought them out, and we found that (they) had not become erased. I said to you, “I will unbind them again.” You brought them down below, and we deposited (them) in the tomb of Amennakt, my (great grand)father. You have wished to say, “I am aware.”’

Apparently the family house in Deir el-Medina had fallen into ruin and was damaged by rain. The tomb of Amennakt has not been located, but may have been the place where many of the LRL were found.

Residents of some 13 houses in Deir el-Medina have been identified. The house of Horsheri, Dhutmose’s grandfather, has been identified by graffiti and a wooden label bearing his name.

Letters describe how Dhutmose took part in an expedition to Nubia with the High Priest Piankh, with replies from Butehamun expressing concern over his father’s health. Dhutmose seems to have died at a comparatively young age, as Butehamun later expresses a wish for the long life his father did not enjoy.

Besides the extensive correspondence and the house in Medinet Habu, Butehamun is also known from more than 100 graffiti scattered around the Necropolis, apparently left in connection with the reburial project.

There were also some complications with his life, perhaps not so much as he experienced it, as for scholars. A theory there were multiple Butehumans now seems to have been dismissed. It was partly inspired by confusion over graffiti, as well as by letters that some read as indicating that both Butehamun and his father Dhutmose had two wives. Besides his undoubted wife Ikhtay, Butehamun is also named in connection with a lady Shedemdua and her children, who his father encourages him to look after. Shedemdua may in fact have been Butehamun’s widowed sister, and the suggestion he might have been married to two women at the same time, in violation of the practice among ordinary Egyptians, seems to be a misreading.

Deir el-Medina The House of Butehamun