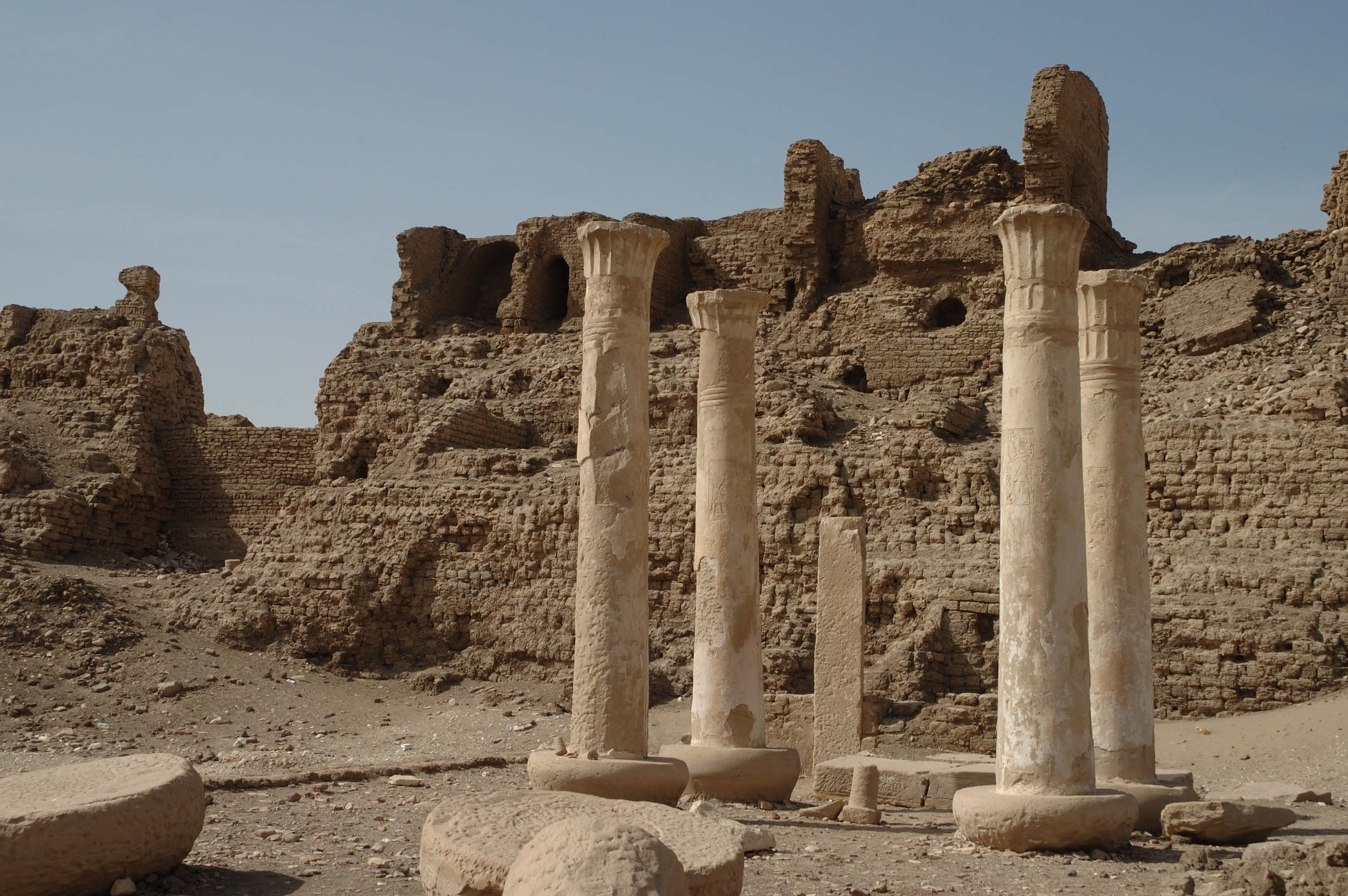 Apparently because of concerns over the safety of the area, during Dhutmose’s lifetime the inhabitants of the village were relocated, and the family moved into a fine house in nearby Medinet Habu, the temple and administrative center first set up by Ramses III.

In LRL 12, dated by Wente to year 2 of the Whm-Mswt, Dhutmose writes to Hori, Deputy of the Estate of Amun-Re in Eastern Thebes:

‘…We have heard that you have returned and have reached the town of Ne (Thebes), that Amun received you with a good reception and has done for you every (sort of) good. Now we are dwelling here in Medinet Habu ((literally, “the Temple”, Černý writes “the Mansion”) and you know the manner in which we dwell, both within and without. Now the young (employees) of the Necropolis (Černý writes “boys of the tomb”) have returned. They are dwelling in Ne, while I am dwelling here alone with the scribe of the army Pentahunakht. Please have the men of the Necropolis who are there in Ne assembled and send them to me to this side…a total of seven men. Place them under the supervision of the scribe Butehamun.’

This apparently refers to the same house which Butehamun later took over and rebuilt, located near the Western Fortified Gate of the complex, which, Černý comments, ‘as far as remains permit one to judge, the most spacious and decorative of the settlement.’

The Oriental Institute of the University of Chicago carried out excavations at Medinet Habu in the 1930’s. In its report, the Institute noted that the section between the Inner Enclosure Wall and the Great Girdle Wall had turned into a private residence quarter with numerous fairly extensive estates. The House of Butehamun was described as ‘a large manorial house’. Only the two main rooms of the house survived. One was a square living room with four palm-leaf columns. At the rear wall was an elevated platform for Butehamun’s seat.

The sandstone columns were plastered with stucco and decorated with inscriptions and scenes relating to the cult of the Necropolis which Butehamun served. This included representations of Amenhotep I and his mother Ahmose-Nefertari in their role as protecting deities of the Necropolis. The owner of the house is described as ‘the royal scribe and overseer of the royal treasury in the Theban Necropolis, Butehamun, son of the royal scribe in the Theban Necropolis and overseer of works on behalf of the tomb endowment Dhutmose’.

In the anteroom, which was connected to the main room by a wide door, were two unfinished columns. To the right of the platform in the main room was a narrow doorway connecting with the completely destroyed rear rooms. There might have been a similar doorway to the left.

A number of items apparently from the house have been located separately. Porter and Moss list ‘Jambs usurped by Dhutmosi, Scribe of the temple of Amun, father of Butehamun’ with invocations of Queens Ahhotep and Ahmose-Nefertari and Amenhotep I, in the Cairo Museum (Ent. 48832-3).

On Lintel B on both the left and the right: ‘to the ka of the scribe of the Place of Truth Butehamun, justified.’

Next to each vertical line were representations of a man and woman receiving offerings from a man and woman facing the couple. Above them were inscriptions giving their identities in short vertical lines. On the right hand half of A and both halves of B, the sitting couple is: ‘to the ka of the scribe of commissions in the Place of Truth Butehamun, justified’ and ‘his lady, lady of the house, songstress of Amun-re, king of the gods Ikhtay.’

On the left hand of A the couple are: ‘the ka of the scribe of commissions —–‘and ‘his sister, lady of the house, songstress of Amun-re Baketamun.’

If the lintels are from the house in Medinet Habu, it would seem likely that Butehamun’s (first ?) wife Ikhtay lived there before her death.

The original Oriental Institute excavation at Medinet Habu was in the 1930’s. In 2014 the Oriental Institute returned to the site. Their current project includes the restoration of the House of Butehamun, including a condition study and large-format film and digital reference photography.

The Life of Butehamun The Reburial Project